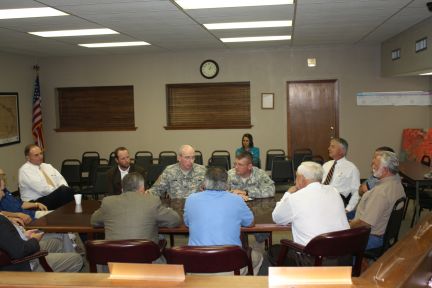 An informal Meet and Greet for Colonel Edward Fleming, outgoing Commander and Colonel Richard Hansen, incoming Commander of the U.S. Army Corps of Engineers, New Orleans district was held at the Port of Morgan City.  In attendance were Port Commissioners as well as local and state officials.