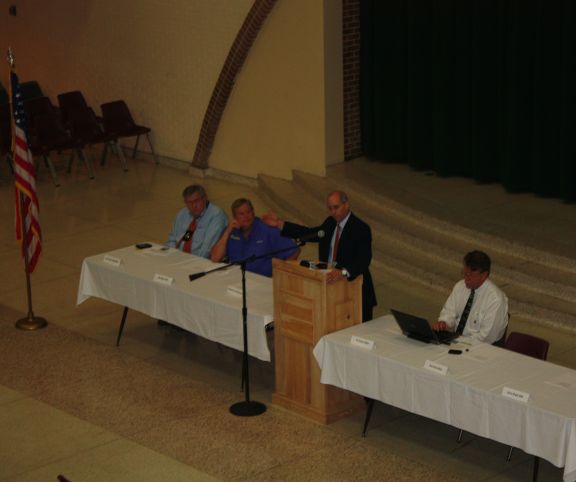 By JEAN L. McCORKLE
This email address is being protected from spambots. You need JavaScript enabled to view it.

Despite all appearances that the 2014 hurricane season will be a mild one with El Niño emerging to tame the height of the season, the National Weather Service and emergency planners aren’t letting their guard down. “It doesn’t take an active season to make it a bad one locally if we are hit by the only landfalling hurricane in the USA,” A n d y Patrick of the National We a t h e r Service told about 100 people Wednesday at a hurricane preparedness public forum sponsored by U.S. Rep. Charles Boustany, R-Lafayette, along with the Port of Morgan City. Boustany holds forums annually in Lafayette, Lake Charles and Morgan City. “The bottom line is it almost seems like we’re due for one,” Patrick said. Patrick noted that in 1957 a moderate El Niño didn’t stop Category 4 Hurricane Audrey from forming. Likewise, Hurricane Andrew struck Homestead, Fla., as a Category 5 and Morgan City as a Category 3 in 1992, a neutral El Niño year. St. Mary Office of Emergency Preparedness Director Duval Arthur said the most important thing to do is to begin planning now. “Get a plan for you and for your family, and get a plan for you and your company,” he said. Have a place to go, bring enough supplies for three days along with important papers and insurance cards and remember that residents can’t return home until officials give the all-clear, he said. For businesses, he said it’s important in an evacuation for managers to have cell numbers for all employees as well as a list of their destinations. If an evacuation is called, the parish’s emergency notification system will call 29,553 phones, among them 1,716 cellphones, to alert the public. To register a cellphone for parish emergency alerts, visit the parish Office of Emergency Preparedness website at www.stmaryohsep.org. Arthur said St. Mary Parish residents without a way out will be able to evacuate to the Rapides Coliseum in Alexandria via school buses contracted from the St. Mary Parish School Board. The pickup locations are Morgan City Junior High and Franklin High School, he said. The Atlantic Hurricane Season runs from June 1 through Nov. 30. Click here for more photos. 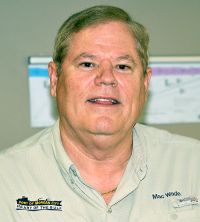 
A new tide station at the Martin Mainstream Fuel Services in Berwick officially is operational.  Tim Osborn of the National Oceanic and Atmospheric Administration presented Morgan City Harbor and Terminal District Executive Director Jerry Hoffpauir a ceremonial key to the facility along with a framed letter of congratulations on the facility’s opening during Monday’s meeting. Information from the station can be found online at http://tidesandcurrents.noaa.gov/geo.shtml?location=8764044. From left are Osborn, Hoffpauir, and Capt. Jonathan Burton, commanding officer of the U.S. Coast Guard’s Marine Safety Unit, Morgan City, and captain of the port. 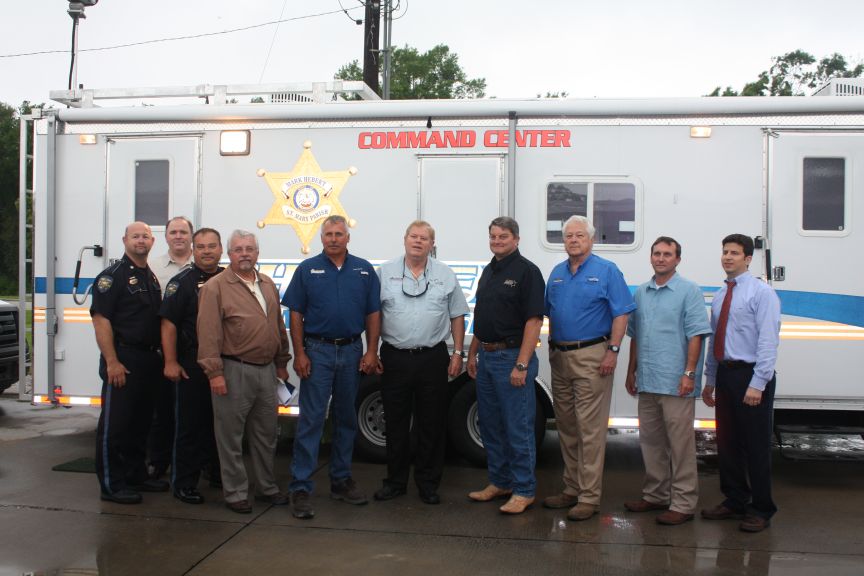 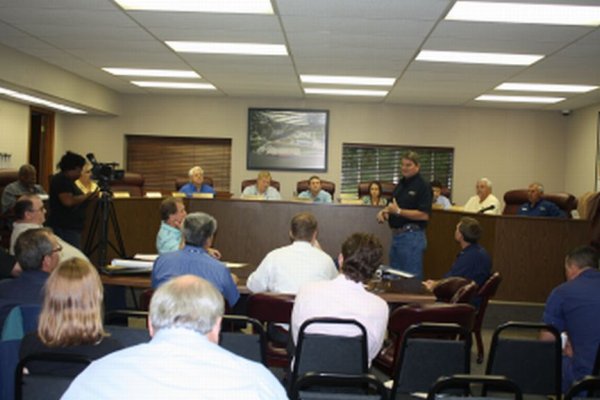 Sheriff Mark Hebert attended the Port’s April meeting and thanked the Commissioners for the Port’s contribution with the Port Security Grant Program. 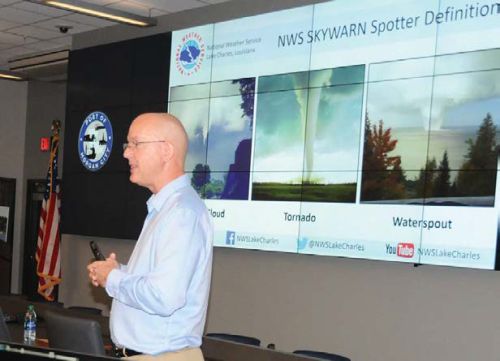 Workers with Ardaman & Associates take soil samples using a drilling rig today at the site of the Port of Morgan City’s government operations and emergency center. The site is located on La. 182 next to the Morgan City Municipal Auditorium. Workers are drilling the hole to 150 feet, and they will drill more holes through Tuesday to test the soil for
stability. In the background is the car wash across from the auditorium. The center will cost $9.3 million and will be able to serve as an emergency command center that can house governmental agencies.
Published by Daily Review 04/24/14