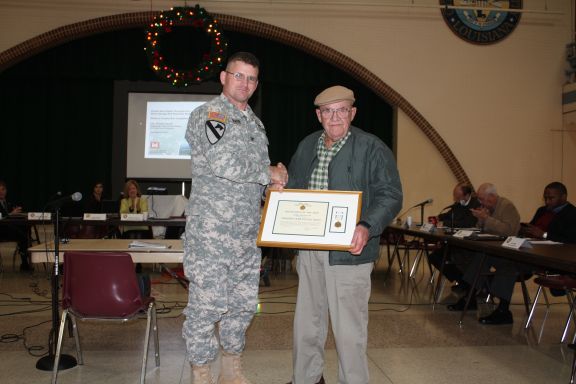 Colonel Hansen, Corps of Engineers presented former Executive Director, Jerry Hoffpauir a Commander's Award for Public Service for his exceptional insights and commitment to excellence while serving the pulic during his 14 year career with Port of Morgan City.